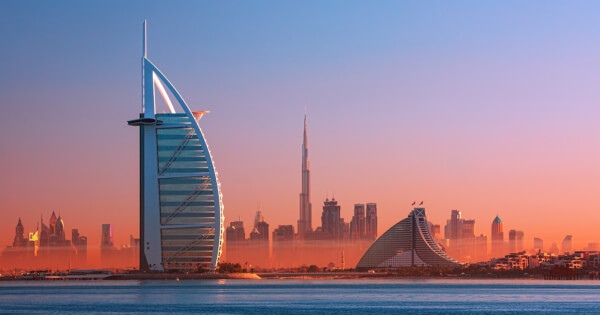 As reported by TradeArabia, the NFT-backed postage stamps will be officially launched by Thursday, December 2. According to the EPG, the NFTs will have a dual identity, one as an NFT and the other as a physical card linkage.

The EPG said the NFTs would be tradable, and their significance revolves around the postage stamps’ central themes. With a total of 4 stamps billed to be released, the first crypto stamp, “the Golden Jubilee 2021,” is said to be a premium edition containing 1 gram of fine gold. The second stamp is dubbed the “Spirit of the Union – 1971”, symbolizing the nation’s establishment by the founding fathers. Furthermore, the third stamp is “Year of the 50th – 2021”, and the fourth is “Projects of the 50th 2071”, representing the UAE’s futuristic vision.

Abdulla Mohammed Alashram, the Group CEO of Emirates Post Group, talked about their development and said:

“In line with EPG’s goal of transforming into a more digital-centred company, we are proud to announce the launch of the first NFT stamp in the region, which utilises blockchain technology. By introducing tradable NFT stamps, we are bridging the gap between traditional stamps and the world of digital cryptocurrency.”

The launch of the crypto stamps is a new avenue for the UAE to ascertain its futuristic tech drive. With the physical and digital versions linked by a cryptographic QR code, points of flaws in postage issuance are future sutured, giving an added level of security to the venture.

While several countries are still contemplating their modalities for backing some innovative offshoots of blockchain technology, like NFTs, which has drawn attention from various global brands, the UAE’s lead may serve as a standard for other countries within the Arab region.