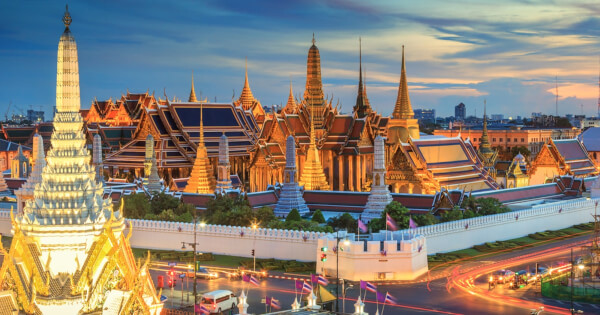 The pilot project had been previously planned for the second quarter of 2022. According to the deputy director of the Bank of Thailand Kasidit Tansanguan, the project will assess the use of CBDC in cash-like activities within a limited scale.

Reuters reported that the pilot will test deposits, withdrawals, and transfer of funds by financial institutions and will involve 10000 users.

Thailand will be slow and prudent while testing the digital currency to ensure efficiency. The country does have a problem with fund transfers or payments as some other countries, according to Kasidit.

He added that the retail CBDC will not compete with cryptocurrency or stable coins as it aims to reduce financial costs.

A retail CBDC is a digital form of money that is issued by the central bank and can be compared to physical banknotes. Retail CBDC can be used in financial transactions both online and offline.

But, the bank of Thailand (BOT), noted that it does not support the use of digital assets, such as Bitcoin and Ether during payment of goods and services due to financial risks.

In the past, as reported by Blockchain.News, Thailand’s central bank planned to start the production of their prototype for Central Bank Digital Currencies by 2021. Earlier this year, the central bank launched its CBDC consultation that seeks to obtain feedback on the benefits, challenges, risks, opportunities, industry status, and implications of the retail CBDC on the financial landscape of the country.

Based on the results of the consultation, the BOT established guidelines for the testing and development of the CBDC in a pilot test. The test would be conducted through two tracks. The first, foundation track, will test and assess the usage of CBDC in conducting cash-like activities within a limited scale, which involves accepting, converting or paying for services and goods.

The second track would be an innovation track and would test and assess ways in which the CBDC can be further developed for the innovative use cases. The track would allow the participation of the private sector. The BOT aims to evaluate all risks and results from the pilot test to ensure that the retail CBDC is beneficial to the public, business sector, and the nation as a whole and does not cause financial uncertainty in the future.