Many people were over-excited when the news about Ethereum 2.0 broke out. However, the upgraded system to the already existing Ethereum blockchain has not fixed issues associated with transactions, scalability, and sustainability. 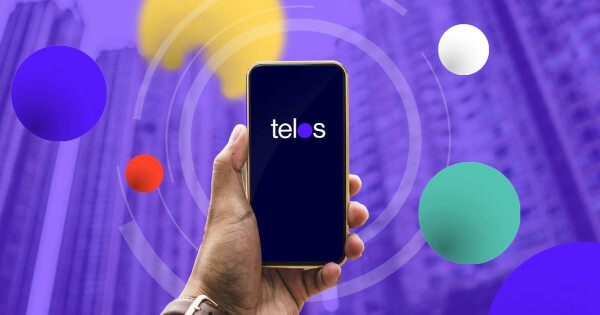 Ethereum 2.0 has left a major common problem, “front-running,” which crypto investors are still facing. This problem continues causing the loss of thousands of dollars and other more losses.

Investors are now joyous with the news that Telos, a popular third-generation blockchain, announced its EMV, which is described as having the capability to solve the front-running problem and many more. Therefore, it is important to examine how Telos solves this problem and outperform other systems.

Telos EVM was built to revolutionize the DeFi landscape and to fix problems faced by other EVMs. Each part of Telos appears to solve different problems commonly witnessed in other networks. Telos EVM just functions like Ethereum but is different from the original EVM. The platform was developed to host a number of large programs from other networks without modifying anything.

Ethereum miners mainly use front-running to improve their spread while entering options and futures contracts.

The front-running problem occurs when bots or miners with insider knowledge about pending trades make a profit from it. Bots could offer a high gas fee to jump lines over high-value transactions, and even miners take bribes or insert their own transactions to get transactions directly.

The involved person can skip lines, complete transactions, and even differentiate between his purchase and sell price as profit. While the attacker is the only one making a profit from this, other general users do not benefit.

Telos solves this problem by having a strict anti-front running rule and a fixed transaction fee. This prevents any possibility for attackers to exploit users. At every second, Telos creates two blocks with a fixed gas fee on EVM transactions. Since EVM is fast, bots have no chance to scan pools for high trades. Moreover, Telos offers rules in that nobody can break these rules. Telos offers transaction processing on a FIFO basis (first-in, first-out); hence block producers cannot reorder any transactions to gain high profits.

Another important area where Telos is seen solving a significant problem – the transaction fee concern.

While only a few platforms can boast of offering low transaction fees, native Telos has no fee at all. Telos EVM, which uses the similar gas model used by the original Ethereum, costs $0.01. Telos EVM helps people save thousands of dollars since Ethereum’s gas fees are relatively high. With that in mind, Telos outperforms its competitors such as Cardano, Polkadot, and others and beats the original Ethereum down.

The time it takes to mine one block varies typically based on the chain and particular variables. There are various blockchains in the market with a high market cap, such as Ethereum, Cardano, Polkadot, and Tezos. And all these cryptocurrencies have a prominent position on the market.

Ethereum is popular and considered the king of decentralized apps. It has scalability problems and typically takes 10 – 15 seconds to mine one block. Polkadot has not yet launched the Parachains upgrade, allowing individual sidechains to hook on the main blockchain. On the other hand, Cardano recently launched smart contracts. Tezos most projects are still in development, but it can lend well to DeFi and NFTs.

Though such blockchains still boast of offering faster transactions, they still cannot rival Telos EVM. The time which Telos EVM takes to mine one block is less than 500ms. Such a fantastic time block means that Telos can handle 10,000 transactions per second. Telos, therefore, fixes the gap seen in the problem associated with transaction speed.

Telos is considered the greenest blockchain due to its low energy consumption levels. It also provides a home to several dApps on its network.

Telos EVM makes it easy for developers to bring existing applications to the Telos blockchain. It is compatible with Vyper, EOSIO C++, and Solidity, providing a new experience for migrating users. The compatibility rate of Telos EVM with other apps is 95% and therefore makes migration much more accessible. With EOSIO, developers can migrate applications from the EOS blockchain to Telos, and for maximum performance, coders will be able to deploy Ethereum DApps on Eosio.

Apart from that, Telos recently announced partnerships with Anyswap, SushiSwap, and a popular NFT project, Cryptopunks. So, users on such platforms can take advantage of Telos EVM’s security, speed, and scalability with trading their crypto coins.

Telos’s functionality to migrate applications from EOS blockchain has gained attention from big brands such Siemens, Zalando, Cisco, and Microsoft. These are just part of the big brand’s names using Telos blockchain to unlock real-world activities and build applications. A powerful hackathon platform known as Taikai uses Telos for open innovation events in the next generation. Telos uses a combination of the best of various ecosystems and successfully other benefits on top.

Telos, with its powerful enhancements, solves the weaknesses that other blockchains cannot solve. It will evolve governance solutions, provide network scalability, flexible and low fee models, and no front-running. Telos has become the web 3.0 stack and provides entrepreneurs and developers tools to succeed in the next-generation decentralized internet economy.