Telegram’s brainchild, TON Blockchain has partnered with the social media giant’s verified payment protocol ‘Donate’ to use its native token ‘Toncoin’ for subscription payments, amongst other things. 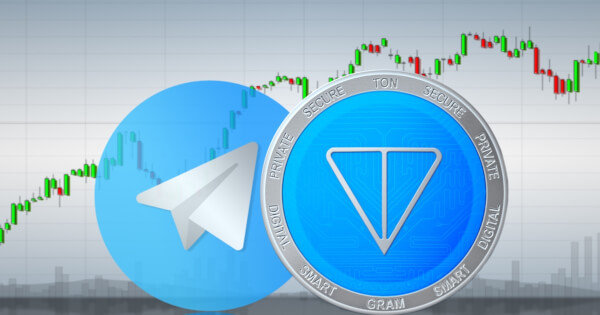 “TON Community is proud to announce that the TON blockchain and Donate, a Telegram-verified payments service, have become official partners,” the blockchain protocol said on its official Telegram handle. “Soon, users will be able to make donations and pay for their subscriptions in Toncoin, and channel administrators, conversely, will be able to collect their income in the same cryptocurrency,” it added.

The network said it will publish additional details bordering on the partnership in the coming days, showcasing the involvement of its coin will be an evolving innovation.

The TON Blockchain was conceived and developed by Telegram Founder, Pavel Durov and his brother Nikolai in 2017. The project advanced into the Initial Coin Offering (ICO) stage with GRAM tokens offered to investors in a record $1.7 billion sales in 2018. However, this ICO was the source of the project’s trouble as the US SEC came after the Durov and the TON team alleging they broke securities laws. The lawsuit was extended for a long period and eventually ended up with Telegram paying $18.5 million in settlements.

Since the lawsuit was concluded, Durov and His brother stepped away from the project, but he expressed excitement that the project did not die afterwards, noting the current team which rebranded the GRAM tokens to Toncoin has all they need to succeed beyond the level it’s currently operating at.

“When Telegram said goodbye to TON last year, I expressed the hope that future generations of developers would one day carry on with our vision of a mass-market blockchain platform…So I was inspired to see the champions of Telegram’s coding contests continue developing the open TON project, which they rebranded to Toncoin…I’m proud that the technology we created is alive and evolving. When it comes to scalability and speed, TON is still years ahead of everything else in the blockchain realm. It would have been a shame to see this project not benefiting humanity,” Durov said in a statement posted on his Telegram channel.

NBA’s Rockets Team up with NYDIG, to be Paid in Bitcoin