The campaign office of Lee Jae-myung, a South Korean presidential nominee of the ruling Democratic Party of Korea, has announced the plans to raise funds through a blockchain-based digital platform with plans to issue a Non-Fungible Token (NFT) to donors afterwards. 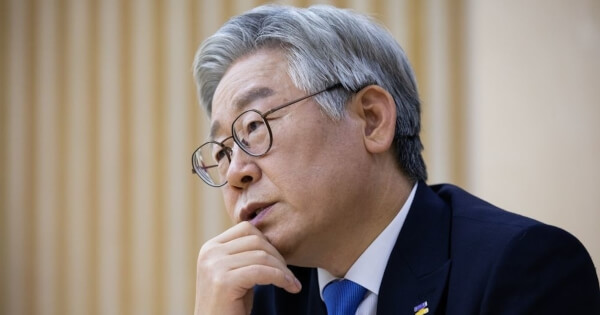 As reported by the Yonhap News Agency, the move is targeted at young millennials, especially those tilted towards cryptocurrencies.

Per the reports, the ruling Democratic Party’s campaign committee for Jae-myung said it expects NFTs to serve as a new medium for messages to voters and bring political memorabilia to a new generation of digital natives. The move to issue the NFTs to voters will cap the party’s efforts to accept cryptocurrency donations and prove to voters that it believes in the future of the technology.

“As the young generation in their 20s and 30s are interested in emerging technologies, including virtual assets, NFTs and the metaverse, this type of fundraising could appeal to them,” Kim Nam-kook, a campaign committee official, told Yonhap News.

The proposed NFTs are billed to have inherent financial value over time, serving as another factor that can inspire voters into taking advantage of the opportunity to donate to the campaign. Beyond Jae-myung, other South Korean politicians have also expressed willingness to accept crypto donations. One of these includes Rep member Lee Kwang-jae, who said his campaign office is all geared to begin receiving crypto donations by mid-January.

“It is high time that we undertake innovative experiments to enhance our understanding of these future technologies and change perceptions of digital currencies and NFTs,” said Lee.

South Korea has seen a good growth of digital currencies over the past few years, which seems to have been somewhat stumped by regulations. Unregistered exchanges are no longer operating in South Korea after regulators declared those unable to ink partnership with a local bank unfit to offer crypto services in the nation.

Beyond local exchanges, prominent trading platforms such as Huobi and OKEx have also moved their businesses away from South Korea on regulatory grounds.