In a press release issued on Monday, the Bank of Korea (BOK) said that it has completed the first stage of its Central Bank Digital Currency (CBDC) or Digital Won trials. 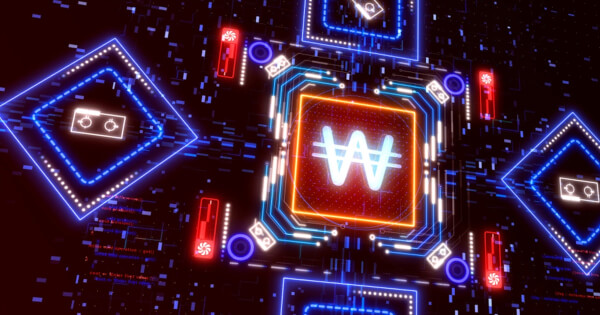 Many central banks worldwide are reconsidering the use of fiat currencies in their economies as the financial revolution is taking centre stage across the board. South Korea ranks as one of the most developed Asian economies exploring the launch of a CBDC, with the country setting up a panel to accelerate its CBDC pursuit as far back as June 2020.

As reported by the Yonhap News Agency, the first trial was launched back in August 2021 and completed in December, with the result revealing that the CBDC showed normal operations in a cloud-based environment.

While the milestone recorded in the just concluded first trial stage is significant to the development of the Digital Won, the apex bank said there are more functionalities to test out in the second stage.

“We will confirm the possibility of operating various functions, such as offline settlements, and the application of new technologies, such as one intended to strengthen privacy protection during the second phase of the test,” the BOK said in a press release.

The second phase of the trial is billed to commence right away and is expected to span until June 22 this year.

While no Asian central bank has officially launched a CBDC to date, the People’s Bank of China (PBoC) can be credited for developing the world’s most sophisticated CBDC to date. The country’s e-CNY project has been in advanced testing for a very long time. The PBoC has notably developed a digital wallet for the new legal tender accessible on Chinese-focused Google Play Store and Apple’s App Store, respectively.

The timeline for the launch of the e-CNY is not yet known, but the CBDC is drafted to be used at this year’s Beijing Olympics games by foreign athletes.

Nearly 100 Countries are Developing their CBDC by July – IMF