Last Friday, December 10, PayStand, a cloud-based payment platform for B2B companies, announced that it has been buying Bitcoin and Ether on its balance sheet. 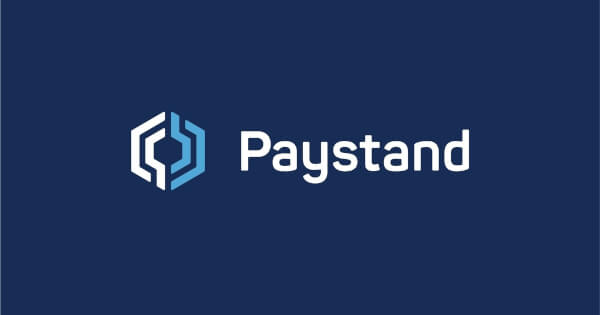 Such action by the PayStand firm marks a significant milestone for B2B SaaS companies and further legitimizes the emergence of crypto as a potential balance sheet asset.

The company’s move to accumulate and hold cryptocurrency underscores its belief in the long-term value of digital assets and that owning DeFi assets will soon become essential for businesses in 2020 and beyond.

Jeremy Almond, PayStand’s CEO, talked about such development and said: “The best technology a company can bet on in the 2020s is the Blockchain, and as such, crypto has become an emerging opportunity to strengthen the corporate balance sheet and help manage capital reservation from external volatility in the fiat money supply.”

Since 2013, PayStand has developed one of the largest blockchain enterprises and pioneered blockchain-based B2B payments. The company uses blockchain technology to verify each transaction made on its zero-fee bank-to-bank network. This is the company’s proprietary payment infrastructure that helps to eliminate punitive transaction fees and unnecessarily long-time cash cycles. Over the past years, PayStand has experienced significant growth due to its technology that offers critical benefits. Currently, only a few private and public companies have managed to add cryptocurrency to their balance sheets. But PayStand believes that the emergence of digital currency as a liquid asset and long-term store of value, alongside the rise of blockchain use at the corporate level, changes the narrative.

The governmental response to the of 2020, which saw the US Federal Reserve expand its balance sheet by more than 75% ($3.25 trillion) and the European Central Bank added more than €2 trillion, is unprecedented. As reported by Blockchain.News, such a massive expansion in financial assets has left many people questioning the long-term value of fiat currency and looking for alternative assets like commodities and cryptocurrencies as hedges against inflation.

Wealthy individuals have begun using cryptocurrencies to supplement alternative investments, and several corporations such as MicroStrategy and others have chosen to hold Bitcoin on their balance sheets. MicroStrategy’s share price quadrupled since adopting Bitcoin as a primary holding in its treasuries. Therefore, the company’s enthusiasm for cryptocurrency and significant appreciation of its Bitcoin assets has continued to rise.

MicroStrategy CEO Michael Saylor stated that such investment reflects the company’s belief that Bitcoin is a dependable store of value and an attractive investment asset with more long-term appreciation potential than holding cash.

Bitcoin is emerging as a significant addition to the global financial system, with valuable characteristics to institutions and individuals. Besides MicroStrategy, several firms have recognized Bitcoin as a legitimate investment asset that can be superior to cash and, as a result, have made crypto the principal holding in their treasury reserve strategy.

In February, Block Inc (formerly Square payments firm) announced that it had bought $220 million worth of Bitcoin in 2020, representing about 5% of its total cash at the end of the year. Earlier this year, Tesla made an even bigger splash by investing $1.5 billion of its cash in Bitcoin. Elon Musk stated called Bitcoin “simply a less dumb form of liquidity than cash” and noted that “when fiat currency has a negative real interest, only a fool won’t look elsewhere.”