Despite the crypto market limping due to massive liquidations, more participants continue to join the Ethereum (ETH) network. 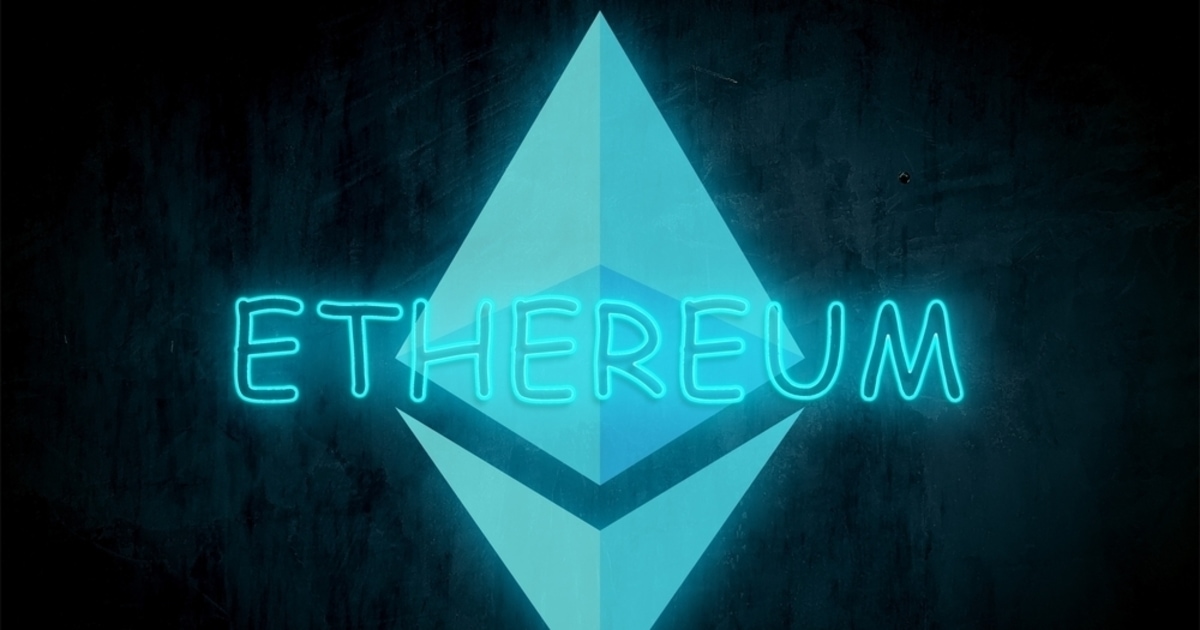 Ethereum continues to be one of the sought-after networks based on significant demand from booming sectors like decentralized finance (DeFi) and non-fungible tokens (NFTs).

This is one of the factors that made Ethereum tick in 2021, given that it surpassed Visa’s trading volume, according to a recent report entitled “The Year in Ethereum 2021” by Josh Stark and Evan Van Ness of the Ethereum Foundation.

The value moved on the ETH network stood at $11.6 trillion at the end of last year, whereas that of Visa was $10.4 trillion. 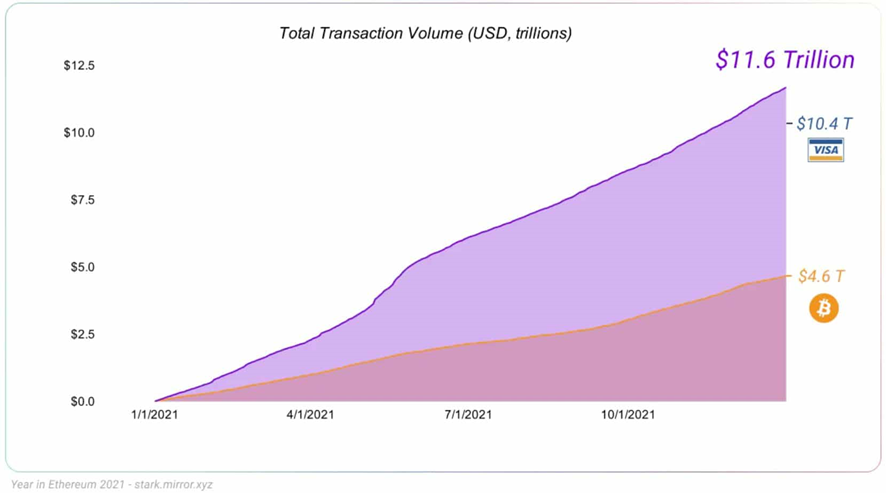 On the other hand, Ethereum beat Bitcoin hands down by more than doubling its trading volume of $4.6 trillion. This correlates with the fact that ETH recorded an annual return rate of 399.2% in 2021 compared to Bitcoin’s 72.1%.

The CEO and founder of Real Vision, Raoul Pal, had previously opined that Ethereum outperformed Bitcoin based on its network burning mechanism and staking.

Charles Edwards, the founder of Capriole Investments, recently noted that Ethereum’s inflation was lower than Bitcoin’s. He explained:

“Ethereum has entered the hard money game. For the past 3 months, Ethereum’s inflation rate has been lower than Bitcoin. What a chart. Never thought I would see it.” 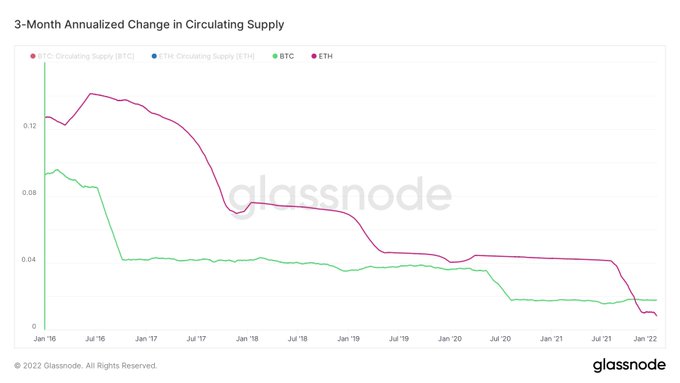 A recent study by crypto service provider LuckyHash noted that a transition to the proof of stake(PoS) consensus mechanism through a full Ethereum 2.0 upgrade would prompt a 1% annual deflation rate.

Meanwhile, Joey Krug, the CIO of Pantera Capital, recently opined that Ethereum had the capability of dominating the global financial system in the next 10 to 20 years. He based this on the expectation that 50% of the globe’s financial transactions would involve Ethereum.

The best choice of stablecoin: Tether (USDT) vs USD (coins)

BitBox02 Review – is it a good option for cold storage?