Bitcoin (BTC) continues to recover from the lows of $54K experienced over the weekend. The leading cryptocurrency was hovering around the $56,807 level during intraday trading, according to CoinMarketCap. 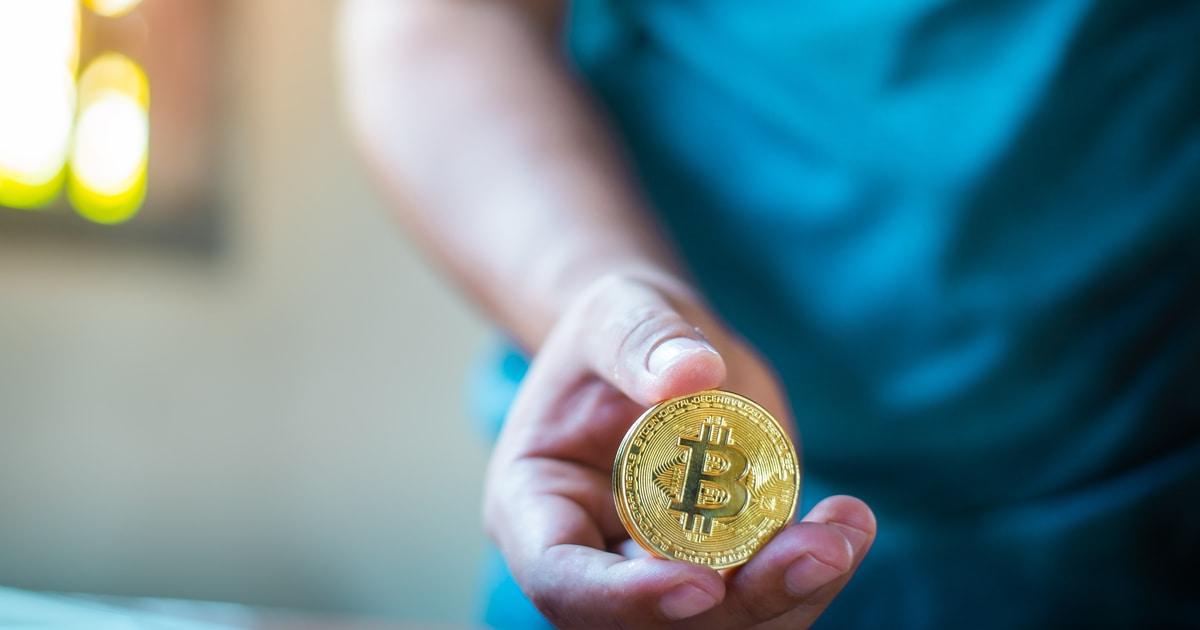 More participants have also been joining the Bitcoin network, given that the number of non-zero addresses reached an all-time high (ATH) of 39,132,776. 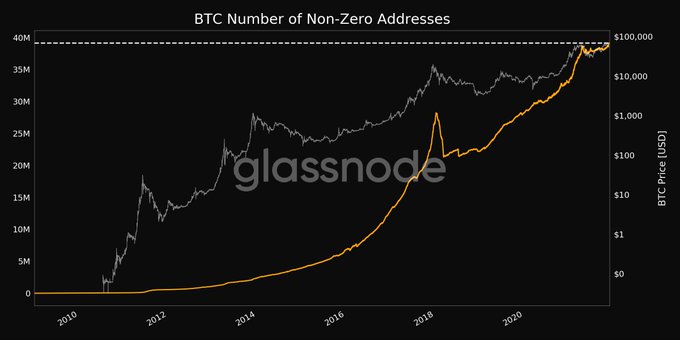 BTC is showcasing itself as one of the most efficient monetary settlement networks, given that it transferred an average of $95,142 for a fee of $1 compared to Ethereum’s $139 in the past week. 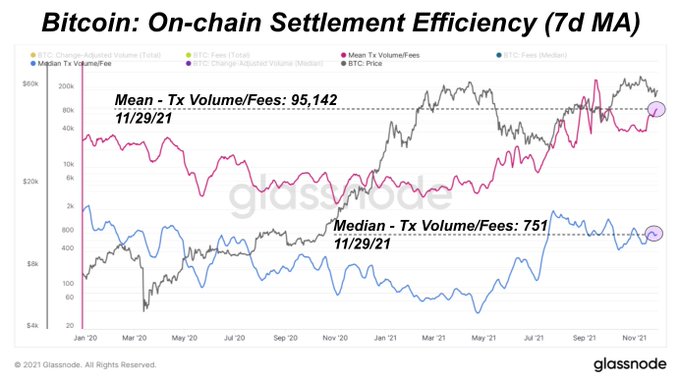 “When comparing the settlement efficiency to that of Ethereum, which (unfortunately) is often compared to Bitcoin, a glaring disparity becomes evident. Over the last week, for every $1 in fees, the Bitcoin network has transferred $95,142 while Ethereum has transferred $139.”

A rise in Bitcoin’s settlement efficiency corresponds with the fact that the leading cryptocurrency eyes making the highest transfer volume of $45 trillion in 2021. This amount is double the value settled in its previous 11 years and is four times that of Visa transfers.

With extreme fear being reached over the weekend as BTC nosedived to lows of $54,000, maximum fear might have been attained based on the Fear and Greed indicator. 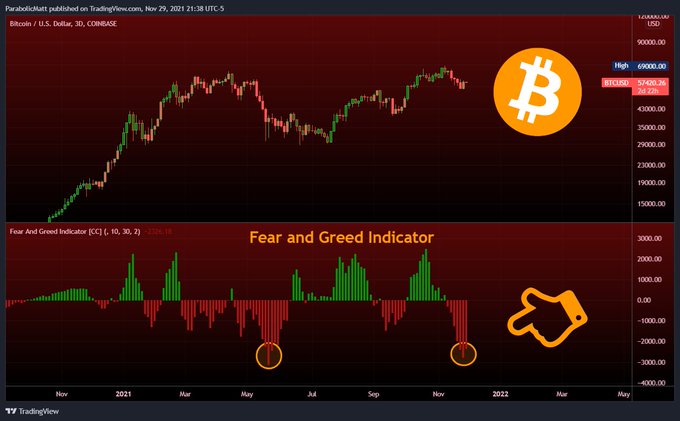 “Bitcoin closed the second-lowest candle on the Fear and Greed Indicator for 2021 on the 3-day time frame. Max fear may have finally been reached,” Market analyst Matthew Hyland said.