Banco de México, the Central Bank of Mexico, has revealed that its projected Central Bank Digital Currency (CBDC), dubbed the Digital Peso, will be up for public distribution by 2024. 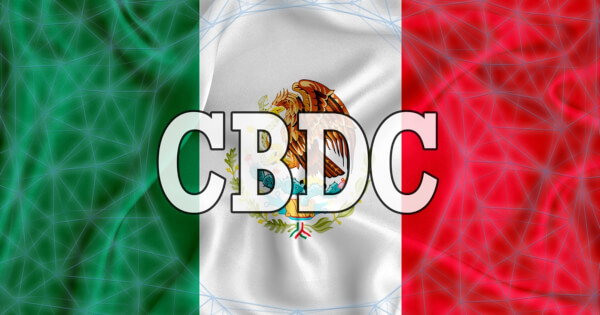 This timeline was revealed through the official Twitter accounts of the central bank as well as that country’s president. The tweet reads:

“The @Banxico reports that by 2024 it will have its own digital currency in circulation, considering these new technologies and the next-generation payment infrastructure are extremely important as options of great value to advance financial inclusion in the country.”

Mexico has been very conservative in pursuing a CBDC compared to other more vocal Central Banks worldwide. With little detail to draw on from the shared tweet, the Mexican apex bank is likely trailing its counterparts in riding the train in relation to backing new financial technologies in a bid to drive more financial inclusion.

According to the International Monetary Fund (IMF), there are about 110 Central Banks worldwide currently working on developing their own CBDC. Many monetary watchdogs see CBDCs as a tool to wade off the influence of prominent digital currencies such as Bitcoin (BTC), Ethereum (ETH), and stablecoins.

The Chinese government echoed this sentiment in more ways than one this year. It advanced its CBDC trails under many retail settings while also stemming the potential competition from BTC through an emphatic and comprehensive ban. Except for the Central Bank of the Bahamas, Nigeria, the other country known to have a functional CBDC in circulation also has an unfavourable regulation in place to taper down on the dominance of Bitcoin and altcoins in the country.

The race to float a CBDC is on track to take a new turn in the coming year as the entirety of research and development work by central banks in this regard is billed to gain expression.

Kazakhstan to Integrate its Digital Tenge into the BNB Chain