Bitcoin (BTC) experienced its largest correction since setting a new all-time high (ATH) of $69K by hitting a 6-week low of $54,000. 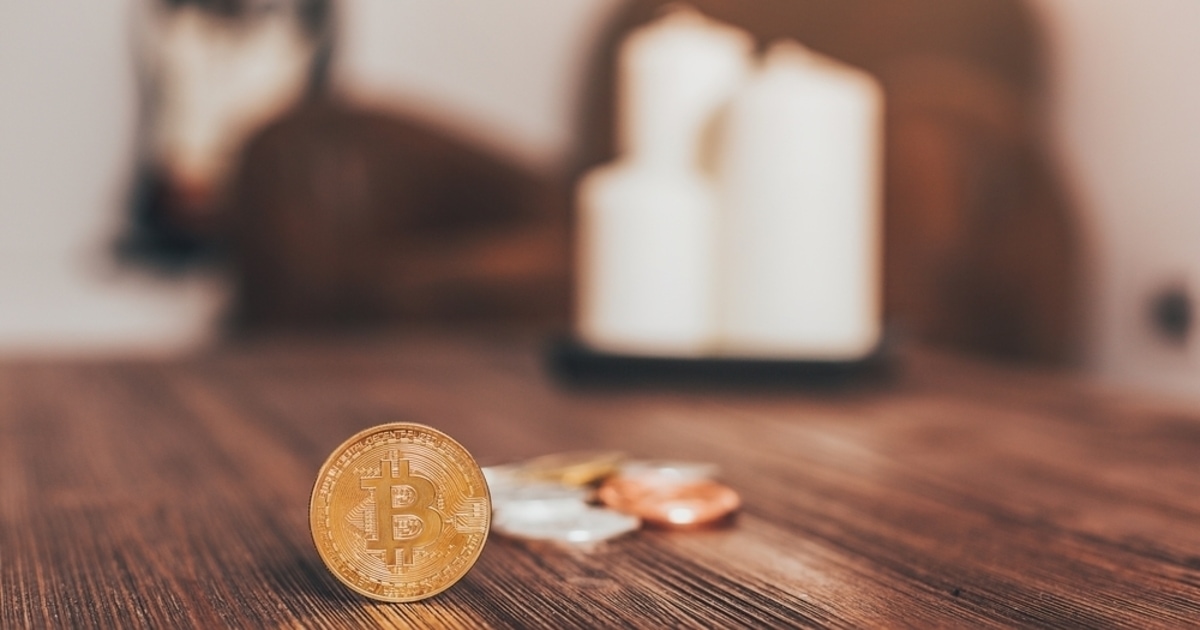 “With asset classes selling off on fears of a new coronavirus variant, we can see the defensive positioning being taken by BTC investors. Long-term holder supply has declined by 76,633 BTC day over day.” 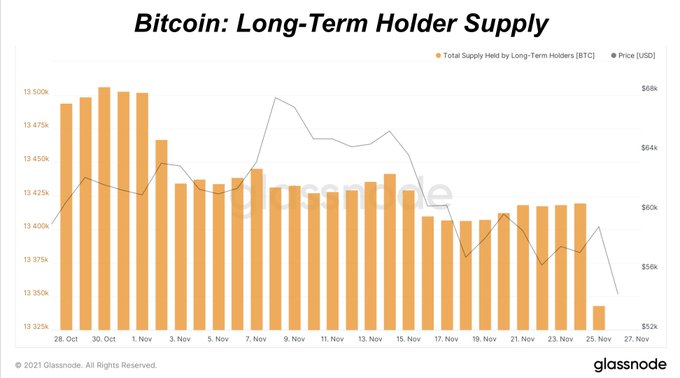 In March 2020, Bitcoin shed off more than 50% of its value by slipping to lows of $3,800 as the Covid-19 pandemic continued to wreak havoc globally. This happened as investors liquidated their BTC holding based on the uncertainty presented at the time.

Bitcoin also dropped below the 200-day moving average (MA), an indicator that shows the average of 40 weeks of trading.

Nevertheless, this period heightened the discussion about Bitcoin being an inflationary hedge. Therefore, prompting institutional investments, which have been instrumental in enabling the top cryptocurrency to reach new highs.

According to crypto analytic firm Glassnode, the number of Bitcoin addresses in profit reached a 1-month low of 34,302,815.250. 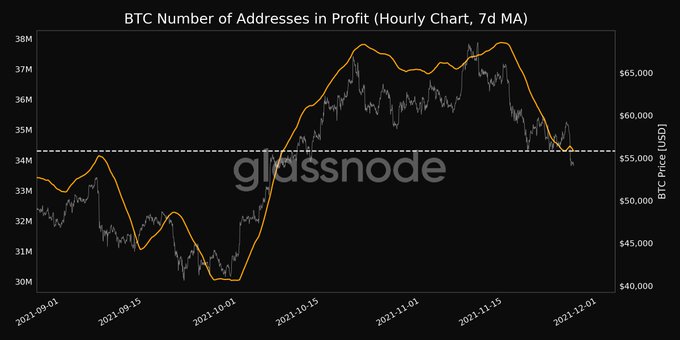 This has been triggered by the retracement happening in the BTC market. A recent study showed that short-term Bitcoin holders who bought the top were spending their coins at a realized loss.

“Several forces have led the Bitcoin on-chain transaction fees to be unusually low in the last six months. One of these forces could be increased adoption of Segwit – making the size of transactions smaller.” 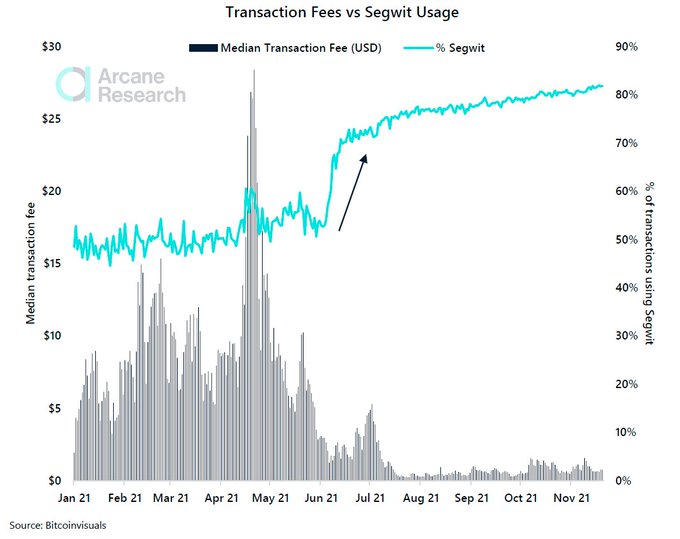 With $100,000 touted as the largest strike price for Bitcoin options in 2021, how the leading cryptocurrency plays out before the year ends remains to be seen.