John Lennon’s Music Memorabilia to be Sold as NFTs

Music lovers, particularly those who met the glory days of The Beatles Rock Band, will understand why the plans to auction some of the memorabilia of John Lennon, one of the prominent faces of the group, as a Non-Fungible Token (NFT) is a game-changer in the world of performance arts. 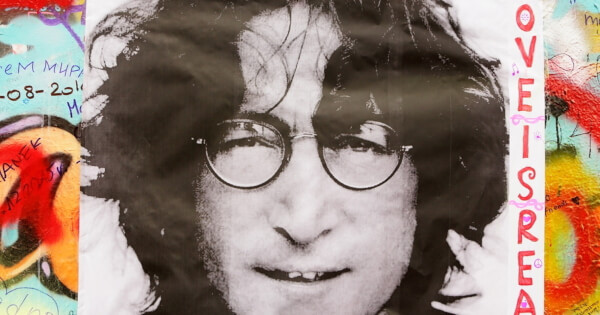 Planned by Julian Lennon, the late artist’s eldest son, the NFTs of some of John Lennon’s personal items currently held as the son’s private collection will be auctioned off on February 7th, at the Julien’s Auctions house. According to Julian, the NFT auction will be an avenue for the lucky members of the public to own a part of musical history.

Some of the items on track to be auctioned include John Lennon’s Afghan tour coat for the ‘Magical Mystery Tour’, the ‘Hey Jude’ note written by Paul McCartney, written initially to comfort John Lennon while in the process of divorcing his wife, Cynthia Lennon back in 1968.

Other items in the collection include A Black Cape worn by John Lennon in the movie ‘HELP’ and a Gibson Les Paul copy guitar gifted to Julian by his father.

While some of these items have been digitized and stored as NFTs, which will be sold as an audio-visual piece, with Julian providing the narration to each, Julian will still keep the original physical copies of each item sold. A part of the proceeds from the sale of these memorabilia will be donated to Lennon’s White Feather Foundation.

NFTs are now prominently featured in the art, and creative industry as artists now explore them to secure ownership rights to their works on the blockchain. With the ease of transfer and ownership claims, NFTs remain a revolutionary innovation capable of transforming the art world, and artists like Mike Winkelmann (aka Beeple) remain amongst the biggest beneficiaries thus far.