Is EOS a Good Long-term Hold?

EOS price ranges between $3.90 and $4.14 currently. It has a daily trading volume of over $850 million. EOS has a maximum supply of about 1 billion, with only about 972 million in circulation. It has a market cap of about $4 billion. 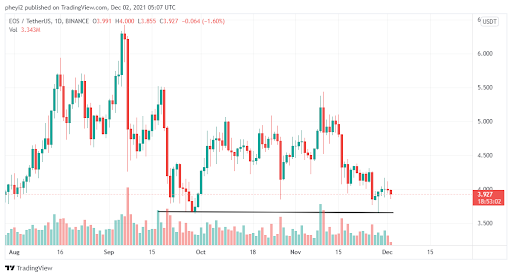 EOS bounces of its October support low and goes on a 4 days bull run before selling again.

The founders are expected to receive this total sum cumulatively over a space of 10 years.

Ripple’s SEC case “endgame” speculated after major date, but how is XRP behaving?