Invesco asset management firm has finally given reasons why it pulled out its proposed Bitcoin futures ETF applications from the US Securities and Exchange Commission (SEC). 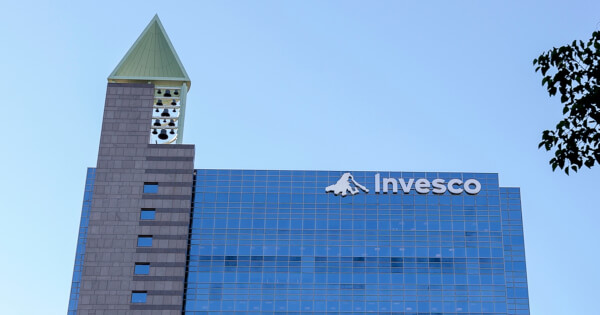 Speaking in an interview with the Financial Times media outlets, Anna Paglia, global head of ETFs and indexed strategies at Invesco, disclosed that the company’s surprise decision to withdraw the launch of its Bitcoin futures exchange-traded fund was partly prompted by its view that regulatory constraints would make it too costly for investors.

Paglia stated that concerns over cost and suitability of the product for investors were key reasons behind Invesco’s decision, especially with the futures curve for Bitcoin generally sloping upwards, commonly known as “contango,” which means a fund typically incurs a loss when it rolls a front-month contract into a longer-dated one.

The administrator identified one hindrance, which was based on the fact that the SEC was only considering allowing ETFs with 100% exposure to Bitcoin futures.

Invesco’s ideal portfolio was a mix of futures swaps, physical Bitcoin, ETFs, and private funding investing in the Bitcoin sector, to assist in protecting investors in the event of a liquidity crunch.

The Invesco Bitcoin Strategy ETF was planned to hold a combination of physical Bitcoin, crypto futures, and private funds in the bitcoin industry.

However, SEC boss Gay Gensler made it clear that spot Bitcoin ETFs would not be approved at this time.

Paglia said that Invesco withdrew its filing after it released that they could not offer a Bitcoin ETF wrapper that includes a grouping of futures contracts and swaps, physical bitcoin, ETFs, and private funds.

Crypto Investing Opening Up to The Masses

As reported by Blockchain.News, Invesco – the $1.6 trillion asset management firm – pulled out its plans to launch a Bitcoin Strategy ETF just hours before the fund was to get listed in New York.

The Invesco product would have been the second Bitcoin futures ETF to get launched, just 24 hours after the ProShares Bitcoin strategy EFT (BITO), which became the most vital debut in history with almost $1 billion of shares changing hands on the first day of trading.

Despite the time, effort, and money to draft and publish the 69,000-word, 75-page filing, Invesco informed the SEC that it no longer wished to unveil the ETF.

The Atlanta-based firm had filed for a futures-based ETF within 24 hours of SEC chairman signalling that he was comfortable with the idea of an ETF based on regulated Bitcoin futures trading the CME (Chicago Mercantile Exchange).

The SEC has continued rejecting applications for any ETF based on holding physical Bitcoin itself, a market that the regulator believes is vulnerable to manipulative acts and fraudulent activities.

Revolut Adds 29 New Tokens to Serve Clients in US