Ken Griffin, the founder and CEO of hedge fund company Citadel LLC, acquired a first-edition copy of the US Constitution at a Sotheby’s auction house on November 18. 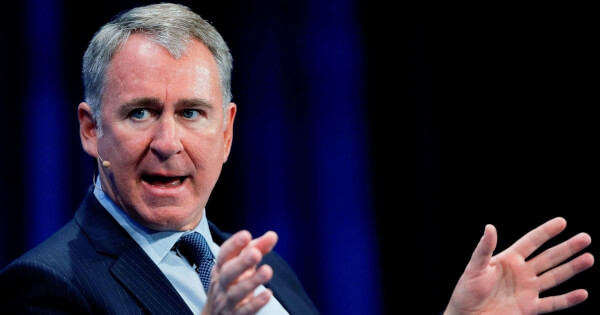 The billionaire investor paid $43.2 million to secure the document, beating an outbidded group of crypto investors- ConstitutionDAO who also had the same interest of acquiring the extremely rare first-run printing.

Griffin, who is also an art collector, plans to loan the piece to the Crystal Bridges Museum of American Art in Bentonville, Ark, a free museum founded by Philanthropist and Walmart heiress Alice Walton.

Citadel confirmed that Griffin made the winning bid that beat out thousands of crypto investors who worked together to secure the document at Sotheby’s auction.

Sotheby’s stated that the sale set a world auction record for any manuscript, book, historical document, or printed text, as the amount was more than double its $20 million high estimates.

Meanwhile, Griffin talked about the development and said: “The U.S. Constitution is a sacred document that enshrines the rights of every American and all those who aspire to be. That is why I intend to ensure that this copy of our Constitution will be available for all Americans and visitors to view and appreciate in our museums and other public spaces.”

The document was in private hands in the past, having last auctioned in 1988 for $165,000 by Dorothy Tapper Goldman’s late husband, S. Howard Goldman.

Griffin’s triumph over the group was interesting because he has been a vocal sceptic of the use and value of crypto assets.

As reported by Blockchain.News, the auction drew widespread attention last week because of an attempt by the crypto coalition “ConstitutionDAO” to crowdfund a winning bid.

“ConstitutionDAO,” a group of more than 17,000 crypto investors, popularly as recognized as pulled together more than $40 million worth of Ether via a decentralized autonomous organization – a kind of computer protocol –earlier last week in a bid to win the auction.

The crypto group planned to seek a partner to publicly display the document (the printing of the constitution).

The group clarified based on frequently asked questions that the funds would be redeemable (providing anyone with an option for a refund) minus a transaction fee.

Since the group has lost the bid, it is now upon them to decide what will happen to all the cash they raised. However, some members shared plans to potentially allocate the funds towards future auctions.

Unlike an ordinary pool of investors, DAOs rely on crypto technology to track and validate participation in the group and to facilitate the inner workings of how to raise and distribute large amounts of cash.