The global blockchain IoT market is expected to offer a revenue of $5.802 billion by 2026, a study from Research Dive says. 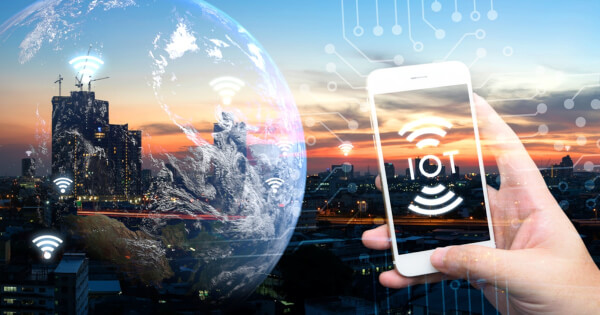 With the internet of things (IoT) being increasingly implemented by many end-use industries across the globe, this is expected to be among the key drivers of growth in this sector. The finding shows a compound annual growth rate (CAGR) of 91.5% during the forecast period.

Furthermore, governmental initiatives on smart contracts and automation are anticipated to facilitate the development of the blockchain IoT market.

Ample opportunities are expected to create by the continuous technological advancements in the blockchain ecosystem. For instance, smart cities are forecasted to have a CAGR of 39.9% because blockchain triggers convenient data tracking, seamless transactions and minimizes security breaches.

Moreover, asset tracking and management are crucial in machinery supervision on the manufacturing floor. As a result, this factor is predicted to drive further growth in this sector.

In 2019, IBM revealed its intention to offer a blockchain and IoT solution to curb drone theft. This idea was coined because drones might steal packages instead of delivering them.

Therefore, IBM saw it fit to incorporate an IoT altimeter, which could be triggered if a liftoff happened. Furthermore, the altimeter could track the package’s information like attitude and store it on a blockchain platform.