Floki Inu Is Now Trading on Giottus, One of India’s Most Respected Exchanges- Here Is What to Expect

Floki Inu ($FLOKI) is now trading on Giottus, one of the leading and most respected crypto exchanges in India. There will be a Floki/INR trading pair on the exchange that will allow users to directly exchange the coin with Indian Rupees.

The listing was announced on the official Floki Twitter account. But this is not the first big milestone for the meme coin. Just the other day, Floki was also listed on Bitmart, a huge exchange with over 5 million users. Here is what this means for investors: 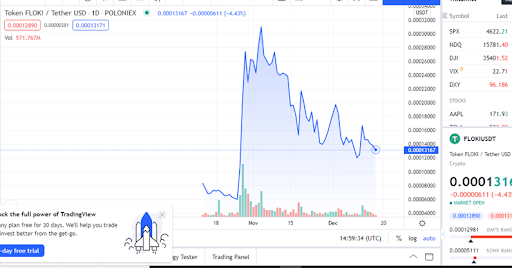 Why is the Giottus Listing Crucial?

The biggest challenge for meme coins as they try to deliver value for investors is earning enough credibility. After all, anyone can create a meme coin, and it takes a lot of work to get it in front of millions of people. However, getting listed in such a high-profile exchange like Giottus is a huge shot in the arm.

In fact, Giottus has average daily trade volumes of up to USD 200 Million, making it one of the biggest exchanges in the country. Giottus is also a legit exchange, and listing Floki could suggest that the coin is really gaining a lot of traction.

The team of developers around Floki had earlier announced that they are launching an aggressive marketing campaign to help popularise the coin. This is not unusual. These campaigns are often used to pump up the price and create a community of investors around a coin with the hope of earning credibility.