David Marcus, the head of cryptocurrency projects at Meta Platform Inc (formerly Facebook), announced on Tuesday, November 30, that he will be departing the firm by the end of the year to begin working on something new. 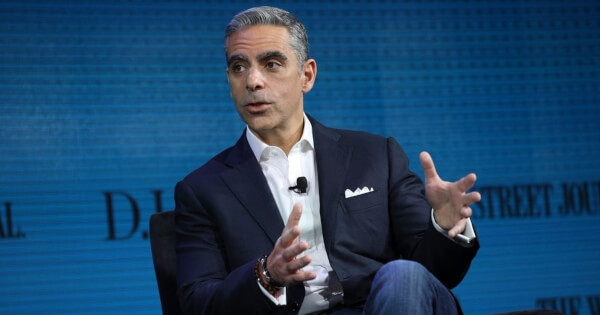 Marcus made the announcement via Facebook social media platform, saying: “After a fulfilling seven years at Meta, I’ve made the difficult decision to step down and leave the company at the end of this year.”

Marcus signalled that he might soon be beginning his own venture. “While there’s still so much to do right on the heels of launching Novi — and I remain as passionate as ever about the need for change in our payments and financial systems — my entrepreneurial DNA has been nudging me for too many mornings in a row to continue ignoring it,” he wrote in a tweet thread.

Meanwhile, Facebook founder CEO Mark Zuckerberg commented on Marcus’ post, stating, “I’ve learned so much working with you, and I’m so grateful for everything you’ve done for this place.”

Zuckerberg further said: “We wouldn’t have taken such a big swing at Diem without your leadership, and I’m grateful you’ve made Meta a place where we make those big bets. You’ve built a great team, and while I’ll miss working with you, I’m looking forward to working with Stephane to lead the team going forward.”

Along with Marcus’s departure, former PayPal head and Upwork CEO Stephine Kasriel, who served as the head of products for Novi digital wallet at Facebook, will be taking over Marcus’s role at the top of the organization.

Following Marcus’ announcement, the last check shows that Facebook’s shares were down 3.3% to $326.72.

Marcus, who joined Facebook in 2014 after two years as president of PayPal, is the head of F2 (Facebook Financial) and oversees all payments and financial services products and experiences across the firm. He is also the co-creator of the yet to be launched Facebook’s Diem digital currency.

Marcus has long been a significant figure in the cryptocurrency community since his days as president of PayPal. He was among the first crypto tech leaders to embrace Bitcoin and other crypto assets. In the past, he served as a board member of Coinbase.

He has been overseeing Facebook’s efforts to develop a digital currency and wallet, and his departure is another setback for the unit.

Marcus’ tenure leading commitments to build a digital currency at Facebook has been faced with significant obstacles as the company’s backed-crypto project Diem has witnessed widespread industry and regulatory resistance that has led the firm to scale back the manner in which it commits its new efforts on the crypto space.

Formerly known as Libra, Facebook’s vision for a digital currency was faced with severe opposition from regulators when it was first announced in June 2019. Politicians and central bankers were worried that the digital currency could undermine sovereign currencies such as the US dollar, infringe on users’ privacy, and enable money laundering.

Facebook has since lost many key backers, including PayPal, Mastercard, and Visa, and suffered a number of prominent executive departures.

Marcus’s departure marks another major exit from a long-time Facebook executive, Facebook CTO Mike Schroepfer, who announced in September that he was stepping down from this role after working at the company for 13 years.

Diem had initially proposed a universal currency to a basket of major currencies and government debt. But after the company faced severe regulatory opposition, it switched its focus on multiple stablecoins backed one-to-one by different currencies and one multi-currency coin.

Diem is currently planning to issue a US dollar-backed stablecoin known as Diem USD. Earlier this year, the firm unveiled a small pilot of its crypto wallet, Novi allowing users in Guatemala and the US to use the Novi wallet app to exchange stablecoin cryptocurrencies.