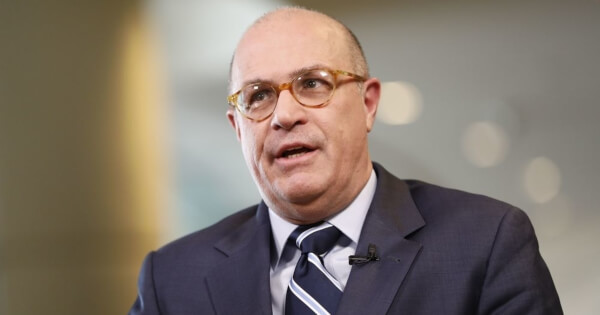 Billed to advise the firm on matters relating to policy, Giancarlo will bring years of experience serving as a major figure in the United States regulatory landscape.

“It is a distinct honour to work with Chris as CoinFund’s strategic advisor. As crypto regulation and legislation is being formed in real-time in the United States, Chris stands out as one of the most authoritative experts and commentators when it comes to Web3 and crypto adoption, as well as capital market structure,” said Jake Brukhman, CoinFund’s founder and CEO.

Christopher Giancarlo served as CFTC’s boss from August 2017 to July 2019 and achieved a number of historic milestones in the cryptocurrency ecosystem. Chris was instrumental in the approval of the first Bitcoin derivatives product back in 2017, and his continuous advocacy for the support of innovations bordering on digital currencies has earned him the title of ‘CryptoDad’ in the blockchain ecosystem.

Chris has often defended the position for the United States to float a Digital Dollar so as to not fall behind other advanced economies like China that are making visible strides in the field.

CoinFund’s President, Christopher Perkins, added “Chris was a driving force in supporting innovation at the CFTC, and continues to serve as a trailblazer and advocate for thoughtful crypto and web3 policy in the United States. With his track record, market reputation, and credentials, he will bring great value to CoinFund, our founders, and our portfolio of investments.”

While Chris currently holds a number of strategic positions ranging from Senior Counsel at Willkie Farr & Gallagher LLP since January 2020 and Co-Founder of The Digital Dollar Foundation (DigitalDollarProject.org) since January 2020, his addition to CoinFund in backing innovative projects for the digital currency ecosystem is seen by market observers as a plus point for the global optics of the industry.