Ethereum Stands at the Forefront of Web 3.0 Development, Attracting Over 700 Developers to Join Monthly 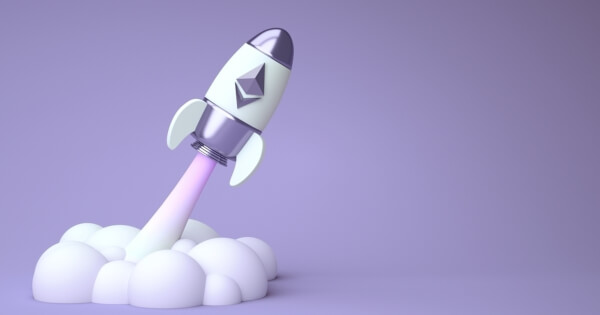 At least 20% of new Web 3.0 developers are joining the Ethereum blockchain over rival networks, according to a report by early-stage venture firm Electric Capital. 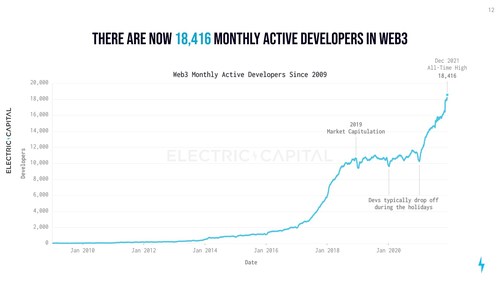 Moreover, the number of developers entering the ETH ecosystem is at an all-time high of at least 700 monthly. “Ethereum continues to have the largest ecosystem of tools, apps, and protocols, and is 2.8x larger than the second largest ecosystem. One out of every five new developers coming into Web3 works on Ethereum.”

Web 3.0 or web3 is the third internet generation and is built on cutting-edge technologies like blockchain, edge computing, non-fungible tokens (NFTs), and cryptocurrencies.

As a result, it is gaining steam because nearly 60% of all developers joined Web 3.0 in 2021. The Electric Capital’s study also noted that the number of developers increases with prices.

On the other hand, Ethereum’s revenue rose to $9.9 billion in 2021 based on various use cases.

Nevertheless, the Electric Capital report noted that ETH is grappling with high gas fees and scalability issues, which are pushing users to rival blockchains or the so-called “Ethereum killers.”