High gas fees have grappled the Ethereum network throughout 2021, given that it has increased by ten times since the fourth quarter of last year. 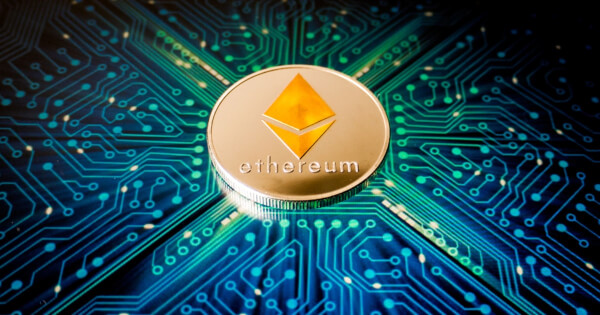 “For better or worse, the amount paid to use Ethereum has skyrocketed in 2021. The total amount of ETH paid in fees has grown by over 10 times from $430M in Q4 2020 to $4.8B so far in Q4 2021. Such fees highlight the high demand and willingness to pay to use the Ethereum blockchain.”

IntoTheBlock acknowledged that high demand was driving the fees upwards, and despite this, users were still willing to pay to utilize the ETH network.

Users recently got a sigh of relief because Ethereum’s median fees dropped to $5.50 per transaction from highs of $34.18 last month.

The amount settled on the Ethereum has tripled

IntoTheBlock added that Ethereum showcased itself as an engine of economic activity based on high transaction volume.

“Ethereum becomes an engine of economic activity. The total volume processed just between ETH and stablecoins has been consistently high in 2021. The total amount of value settled on Ethereum has tripled relative to Q4 2020, and increased five-fold versus Q4 2017.” 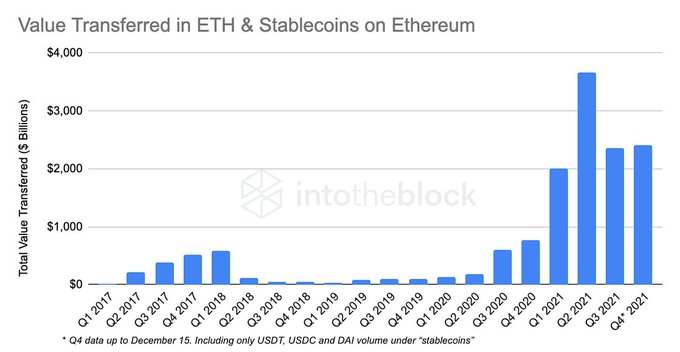 This correlates with the fact that more money has flowed into the Ethereum network compared to Bitcoin. A couple of use cases have boosted this, like ETH’s backbone of the booming decentralized finance (DeFi) and non-fungible tokens (NFTs) sectors.

Therefore, the debate about Bitcoin versus Ethereum seems not to be going away anytime soon because ARK Invest CEO Cathie Wood recently stated that ETH was still undervalued than BTC.

Portugal to Impose Taxes on Cryptocurrencies