Last weekend saw most cryptocurrencies take a downward spiral. This was attributed to potential shifts in monetary policy and the spread of the new strain of coronavirus. EOS EOS/USD was not spared in this market turbulence. However, the price has since rebounded after investors capitalized to buy the dip. The coin is now trading at $3.29, which is a significant improvement from the lowest level during the weekend. Further, its market capitalization now stands at $3.16B.

EOS is one of the projects attracting significant interest in the crypto world. It is run by the EOS foundation. It is a decentralized platform used to develop, host, and run business applications. EOS launched in June 2018 after an initial ICO raised $4.1B in Crypto for Block. One, the company that developed the software used on the platform. EOS platform is similar to Ethereum in its open-source nature, where developers can use its network to build applications in almost all industries.

Despite the comparison with Ethereum, EOS has been unable to compete with the likes of Ethereum and Binance Smart Chain. The underperformance is associated with the significant control that Block.one exercise.

EOS has already tanked by more than 80% from its highest level this year. The weekend crash has been blamed on a recent statement by the Federal Reserve chair. Jerome Powell alluded to a shift in the Fed’s policy of accommodation sooner than expected. The statement caused panic, and many investors got worried that risky assets like cryptos would decline. Further, investors are not content with the slow growth of the EOS ecosystem.

EOS’s downward trend started in May this year. The past few weeks have seen a continued deep sell-off. The lowest level was achieved in October and November, which saw the price decline below $3.822. As we write this, the price has hit a low of $3.3091. 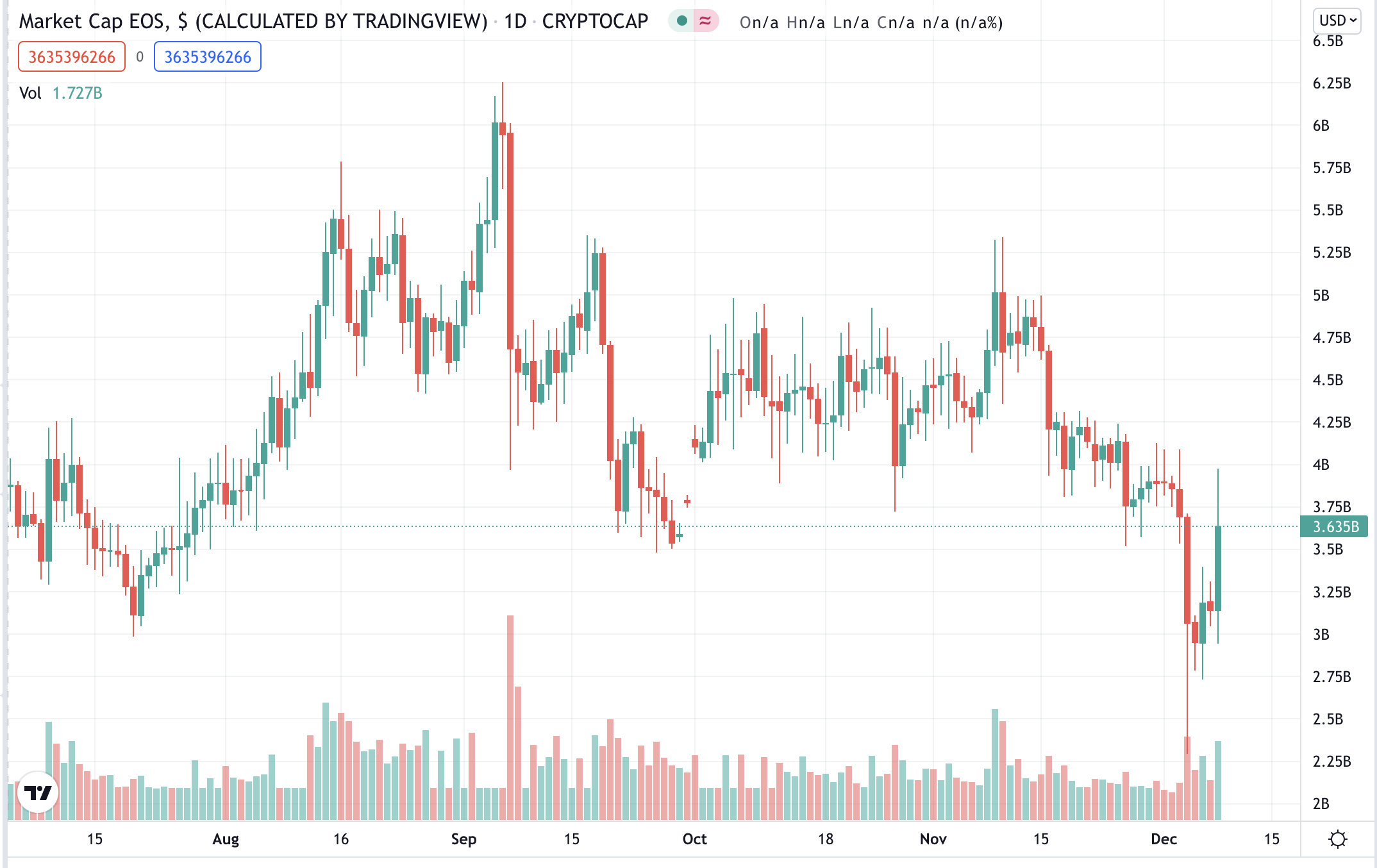