ENS Has Generated Approximately $20M in Revenue Since Launch

The diversification of the Ethereum (ETH) network has created many use cases, which have enhanced adoption. The Ethereum Name Service (ENS), a crypto domain based on the ETH blockchain, has generated revenue worth nearly 20 million since its launch in May 2017. 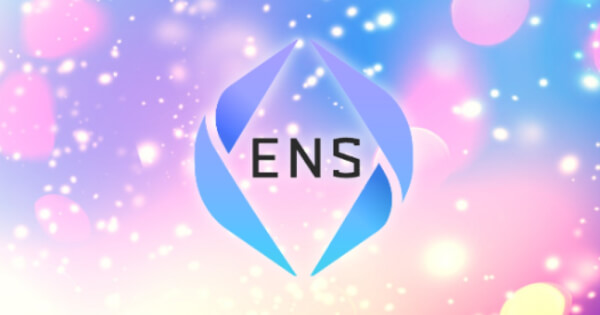 “Since its launch, ENS has accrued nearly 13,000 Ether in revenue with approximately $2.5 million in renewal fees and 10,000 in registration fees. In real-time value (e.g. selling ETH as it comes in) this would equate to $20 million in revenue. ENS Registrar holds 4K ETH (~20M).” 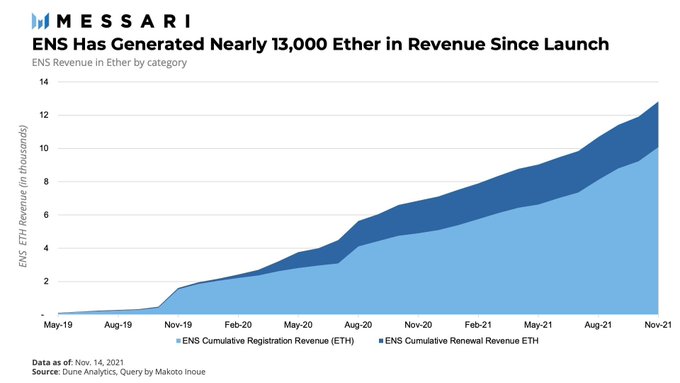 ENS can be regarded as the blockchain correspondent of the Domain Name System (DNS).

The Ethereum Name Service established its governance token, ENS, on Nov 8 to boost its decentralization.  ENS has gained steam because it is the 231st cryptocurrency with a market capitalization of $700 million, according to CoinMarketCap.

Nearly 9,056 ETH is being burned daily

According to IntoTheBlock analyst Daniel Ferraro:

“ETH is on the path of becoming deflationary. Crunching some numbers since the EIP-1556 was implemented: – Over 914,680 ETH has been burned, meaning that approximately 9,056 ETH are being burned daily – Net Issuance dropped to 0.07% in November, as the percentage of fees burned is nearly 87%.”

The London Hardfork or EIP 1559 upgrade was launched in August, and it introduced a feature where Ether would be burnt every time it is used in transactions.  With burnt Ether surpassing $4 billion, a supply deficit is continuously prompted in the Ethereum network.