Twitter has become an arena for crypto-related battles due to the ongoing issue associated with Binance suspending Dogecoin withdrawals. 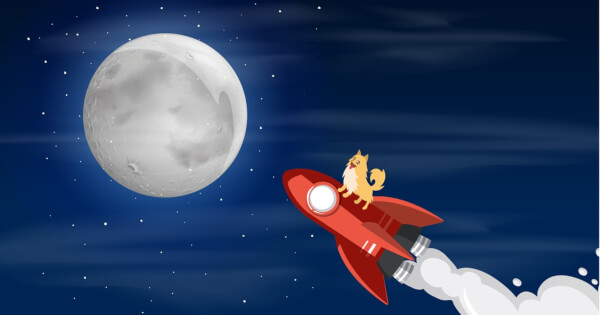 A war of words ignited between Elon Musk, the CEO of Tesla and SpaceX and Changpeng “CZ” Zhao, the CEO of Binance crypto exchange, on Twitter social media platform after Musk called the way Binance exchange is handling Dogecoin glitch “shady”.

Binance suspended Dogecoin withdrawals on November 11 after the platform experienced a software glitch as a result of a network update.

Musk took to Twitter on Tuesday morning November 23 and brought up the issue concerning Doge withdrawals on the popular exchange. Musk tagged Binance CEO, and stated:

“What’s going on with your Doge customers? Sounds shady.”

Binance’s official Twitter account took about 30 minutes to respond and, as a result, argued that there is nothing shady with the issue.

The company admitted that the issue exclusively affected Dogecoin because the platform has a ‘different technical wallet set-up’ for the meme cryptocurrency. Binance said that in order to fix the problem, it will have to rebuild the wallet entirely, which could take another week or so. The exchange clarified that it would resume withdrawals once the problem has been fixed, but that the suspension could last until November 29.

Since Musk was not satisfied with Binance’s response, he continued rebuking the exchange, stating that “Doge holders using Binance should be protected from errors that are not their fault.” Musk also cited a thread by Dogecoin developers explaining that the problem began a “bit over a year ago”.

Zhao fired back at Musk on his personal Twitter account, stating that Binance was “pretty certain” about the issue facing the Dogecoin wallet, and he apologized to Musk and his followers for any inconvenience caused. Zhao also referred to an article by Guardian media outlets reporting that Tesla software experienced a glitch in October, an incident that prompted safety recalls for about 12,000 vehicles in the US and asked “happen here?”

It is unfortunate that cryptocurrency platforms often experience technical glitches and investors might lose their funds as a result.

From cases of temporary technical glitches to exchange outages during times of heavy demand, investing in crypto coins has grown rapidly and exchanges sometimes struggle to keep up with huge demands.

In May, the whole crypto market crashed when almost all major exchanges suffered outages, including Binance, Coinbase, Gemini, kraken among others, struggling to handle a massive surge in trading. Users were met with frustrating error messages and therefore were able to perform their trading activities.

While Doge investors might blame Binance for the current issue, they need to understand that the problem was caused by a Dogecoin update.