After slipping to lows of $54,000, a scenario not seen in the last six weeks, El Salvador saw this as a perfect opportunity to buy the dip. 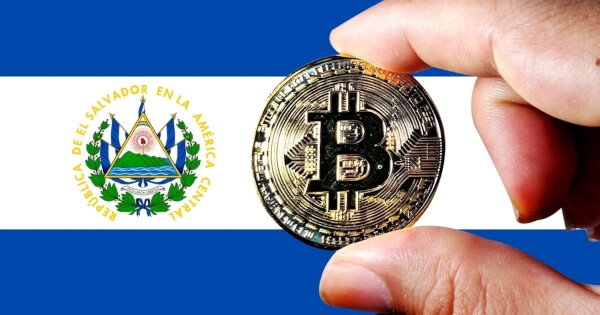 In September, the total accumulation of Bitocin that the country own was approximately 700 BTC. Therefore, based on the new purchase El Salvador’s Bitcoin portfolio continues to expand.

The Central American nation has been reaping the dividends of entering the Bitcoin market since it legalized the leading cryptocurrency as legal tender in June.

With Bitcoin wallets surpassing bank accounts, El Salvador is crafting a name in the crypto space.

Bitcoin utility surges despite the selloff

Bitcoin has experienced a sharp correction since it set a new record of $69,000 earlier this month. Nevertheless, an uptick in utility continues to be experienced, confirmed by On-chain metric provider Santiment.

“For the first time in over six months, Thanks Giving saw over 200K unique Bitcoin circulating on its network. Then, on Black Friday, BTC’s circulation moved up even higher. Utility is the name of the game in crypto, so this increase is promising.” 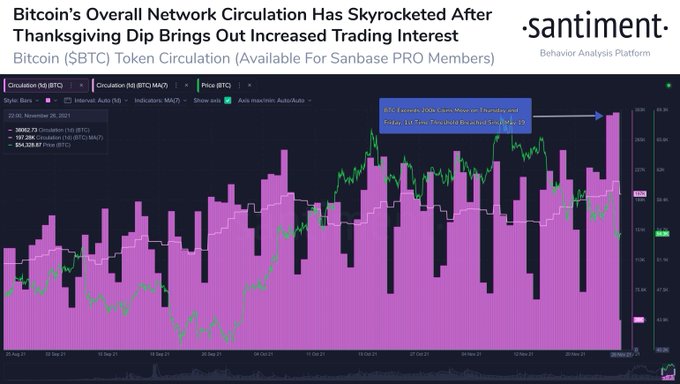 On the other hand, getting a clear picture of what is happening in the market is prudent for better decision making. That is why the demand for Bitcoin on-chain analysis is increasing, as evidenced by its recent feature on CNBC.