Top executives representing the biggest companies in the American digital currency ecosystem appeared before Congress to testify on the state of the crypto industry. 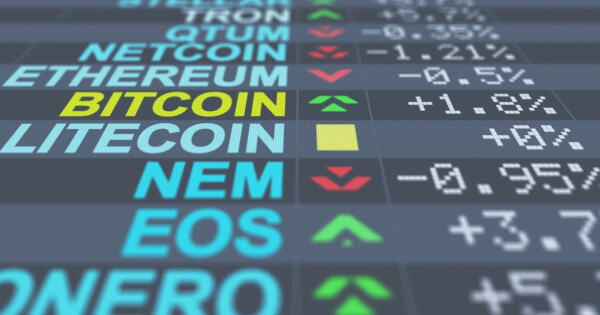 While CEOs met with a divided House who seemed unable to agree on the approach to employ in regulating the nascent industry, demands for clear regulations were vocally spelt out.

“We need clear standards and the government’s support to create a new, more secure, more competitive financial system,” said Charles Cascarilla, CEO and co-founder of Paxos Trust Co., which provides financial services to crypto firms. “The benefits of getting this right are enormous — but so are the consequences of getting it wrong.”

SEC Chairman Gary Gensler, who seeks to regulate cryptocurrencies as securities, was notably faulted by Coinbase Chief Financial Officer Alesia Haas. The Coinbase executive advocated for a digital currency regulated future where clear definitions would be given by a governing agency other than the SEC. According to her, “it would benefit all of us in the ecosystem to have agreed-upon definitions.”

“We do believe clarity is needed,” Haas said.

Republicans were mostly on the side of the crypto executives as they expressed trust in the potentials of the technology backing the industry. While they were unable to promise an encompassing regulation as the executive was suing for, their approach seemed more favourable than Democrats’, who chose to maintain the stance that the crypto ecosystem has significant lapses that cannot be shoved aside.

With Bank Policy Institute President and CEO Greg Baer standing in for the nation’s biggest banks at the hearing, he advocated for an equal level of regulations for financial institutions and digital currency service providers, all of whom seem to be operating on a more different rulebook, stumping competition.

Emmanuel Macron: Web3 and the metaverse have a huge potential in culture and leisure