The Central Bank of Russia (CBR) is going on the offensive in relation to the digital currency ecosystem in the country as the apex bank is calling for a blanket ban on crypto-related activities. 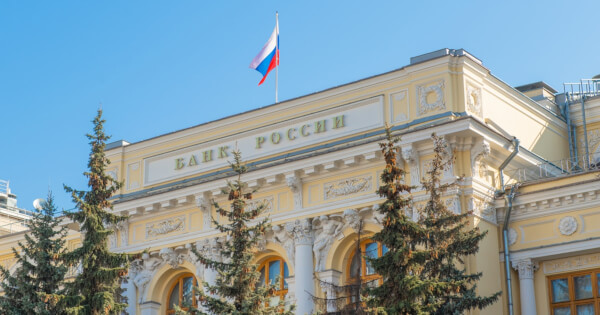 In a newly published report titled “Cryptocurrencies: Trends, risks, measures,” the bank draws a close comparison between the nascent world of crypto and Ponzi schemes, saying both have similarities.

Advocating for a ban on the use of digital currencies either in the form of trading or mining throughout Russia, the Kremlin is looking to set a new precedent that will offset the balance the industry has enjoyed for the past few months. The report proposes that the current ban on the industry should be reinforced with punishments for offenders.

The authors of the report are further convinced that an outright ban is a way to go, seeing cryptocurrencies have the potential to disrupt the country’s financial sovereignty and could aid people in taking money out of the national economy.

Russia is particularly concerned that the offset cryptocurrencies will introduce in the mid to long term is not healthy for the country as well as other emerging markets.

“Potential financial stability risks associated with cryptocurrencies are much higher for emerging markets, including Russia,” the report reads.

When China banned Bitcoin mining last year, miners migrated their hardware to neighbouring countries including Kazakhstan and Russia. In fact, Russia became the third-largest country in terms of hashrate distribution, and the proposed ban by the CBR will further offset the balance in the industry.

Anto Paroian, Chief Operating Officer, at cryptocurrency hedge fund ARK36, believes the uncertain ban will outlaw any crypto mining activities. “As this would negatively affect Bitcoin’s hashrate, some investors may be wondering whether the ban, when enforced, could result in more selling pressure on the price of this asset.”

Russia only hosts a little more than 10% of Bitcoin’s current mining power. When and if the ban is finally enforced – which could still take some time – Russian miners may be forced to move their operations elsewhere but any effect of this development on Bitcoin’s price will be extremely short-lived.

In arguing why Bitcoin mining should be banned, the report highlighted the threat to energy infrastructure, as well as the demand for trading venues with a constant supply of new coins.

“Crypto mining creates a non-productive electricity expenditure, which undermines the energy supply of residential buildings, social infrastructure, and industrial objects, as well as the environmental agenda of the Russian Federation.”

The report is presented as a call for feedback from the general public, who are expected to take a stance against the proposition to ban Bitcoin and other cryptos as against the regulation option.

Expectations of a dip in the bitcoin market after the Russian banks’ proposal came crashing down as the largest digital currency by market value rose as much as 4.2% to $43,463 during New York trading hours.

Observers had been expecting a major selloff similar to the one that came after China announced a similar ban last year.

Uber will accept crypto ‘at some point,’ firm’s CEO says