Canada should ‘plant a flag’ in crypto, Says Wealthsimple Co-founder

Mike Katchen, CEO and co-founder of crypto and stock trading platform Wealthsimple, said the Canadian government should work on growing cryptocurrency and blockchain companies in Canada. 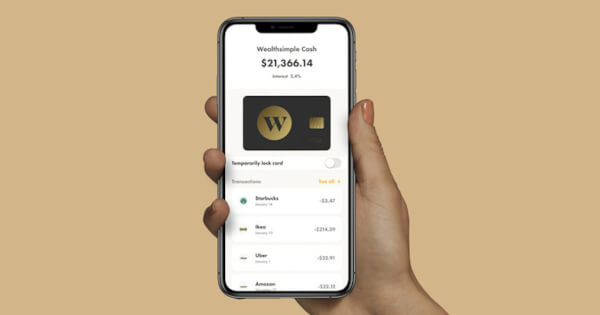 During a discussion at the Canada Club in Toronto on Wednesday, Katchen said that blockchain technology is “very exciting” and that Canadian government officials and regulators should improve the tax and legal aspects of cryptocurrency transactions to help cryptocurrency and blockchain companies Efforts to operate in a compliant manner, thereby diversifying the Canadian economy.

Katchen said that according to the report from Bloomberg:

“The smartest people in technology and the smartest engineers are flocking to build applications in this space, which is generally the thing that we see at the cusp of any major technology revolution. Canada could plant a flag and say, ‘We want to help the smartest people that want to be working on crypto projects, companies on the blockchain — do it from Canada.’”

Weathsimple, a platform for 1.5 million Canadians users, is also one of the six encryption platforms that have been registered with the Ontario Securities Commission (OSC) in 2021. Users can trade cryptocurrencies such as Bitcoin, Ethereum, and Dogecoin through the platform. Also added cryptocurrency to portfolios last year for group retirees.

Mike Katchen, however, did not comment on the long-term value of cryptocurrencies, saying that Bitcoin could become a reserve currency to avoid inflation or it could become something of no value.