Despite the bearish momentum in the Bitcoin market, long-term fundamentals are in the green because coins are moving from weak hands to strong ones. 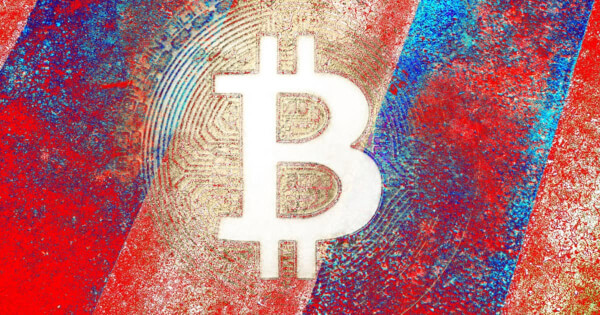 “Addresses holding 1,000 or more BTC continue to grow despite the selling pressure. This is literally weak hands moving to strong hands.”

Strong hands are investors who buy BTC for future purposes, whereas weak ones purchase coins for speculation.

Things have not been that rosy for the leading cryptocurrency since the start of the year because it ushered in 2022 below the psychological level of $50K following massive liquidations on December 28.

Data analytic firm IntoTheBlock responded to these sentiments and stated:

“As Bitcoin drops below $42,000, the IOMAP reveals there’s little support that could prevent it from falling until $37K. On the resistance side, BTC is facing stiff resistance ahead. In order to reach $47K again, it must surpass over 3.2m addresses holding 1.9m BTC.”

Interestingly, Bitcoin was at the same price of $41,944 it was sitting at one year ago on January 8, showing a broad consolidation range in the past year. 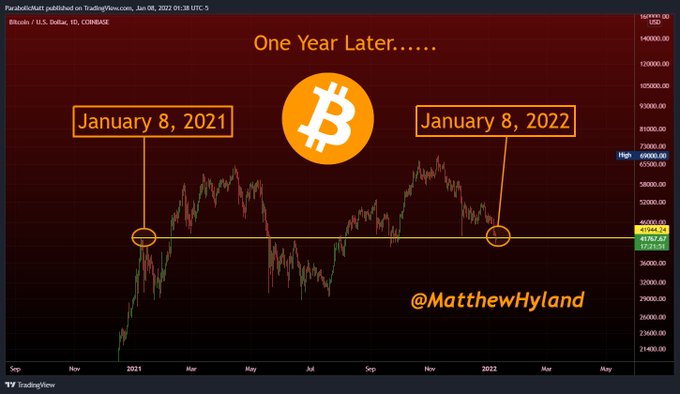 Crypto analyst Matthew Hyland acknowledged that the 2017 Bitcoin bull run was retail-driven as retail investors had the capability of moving the price by not taking profits early and causing fast recoveries by buying the dips.

Nevertheless, the situation is different this time.

“Three observances for BTC that I’ve seen that are different compared to 2017: 1) Smart Money is taking profits earlier (Not waiting for a 10x) 2) A lot of hype that may have flowed into Bitcoin has flown into the alts instead 3) Bitcoin is flowing out of exchanges,” according to Hyland.

Bitcoin hits $43,000: Here’s why analysts are bullish for BTC in the short term