El Salvador President Nayib Bukele predicted his bullish forecasts for bitcoin in 2022 on his Twitter on Sunday, saying that the bitcoin price will reach a high of $100K this year. 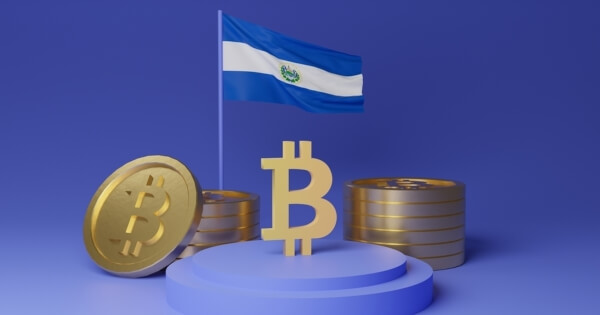 In addition, he also stated that Bitcoin will “become a major electoral issue in U.S. elections this year”, asking his 3.2 million Twitter followers to pay attention to the “big surprise” at the Bitcoin 2022 conference. He also has confidence in Bitcoin adoption, estimating two more countries might adopt it as legal tender.

Meanwhile, it is predicted that Volcano bonds will be oversubscribed. The total estimated amount to be pulled from the bonds is $1 billion. Domestically, “Bitcoin City will commence construction.”

Last year, in September, El Salvador officially became the first country to start accepting Bitcoin as fiat money along with the U.S. dollar. President Bukele predicted that two more countries will join El Salvador in 2022 and will adopt Bitcoin as legal tender.

Bukele has implemented “buying from the dip” in terms of strategy, and El Salvador has accumulated over 1,390 Bitcoins so far, according to the latest official data.

As reported by Blockchain.News on November 22, El Salvador’s President, Nayib Bukele, has unveiled the country’s plans to build the first fully functional Bitcoin city. This project is billed to be funded by a Bitcoin-backed, government-issued bond.

Bukele’s administration has pressed on building the first Bitcoin schools from the proceeds earned by HODLing, the premier digital currency.

The Central American country also airdropped the digital currency to the public, encouraging them to use the crypto wallet-Chivo. However, due to technical obstacles, 50 Salvadoran citizens have lost a total of more than 96,000 US dollars in December.