After surging to $59K, Bitcoin (BTC) retraced to the $56,000 level in a couple of hours. The leading cryptocurrency was hovering around $56,693 during intraday trading, according to CoinMarketCap. 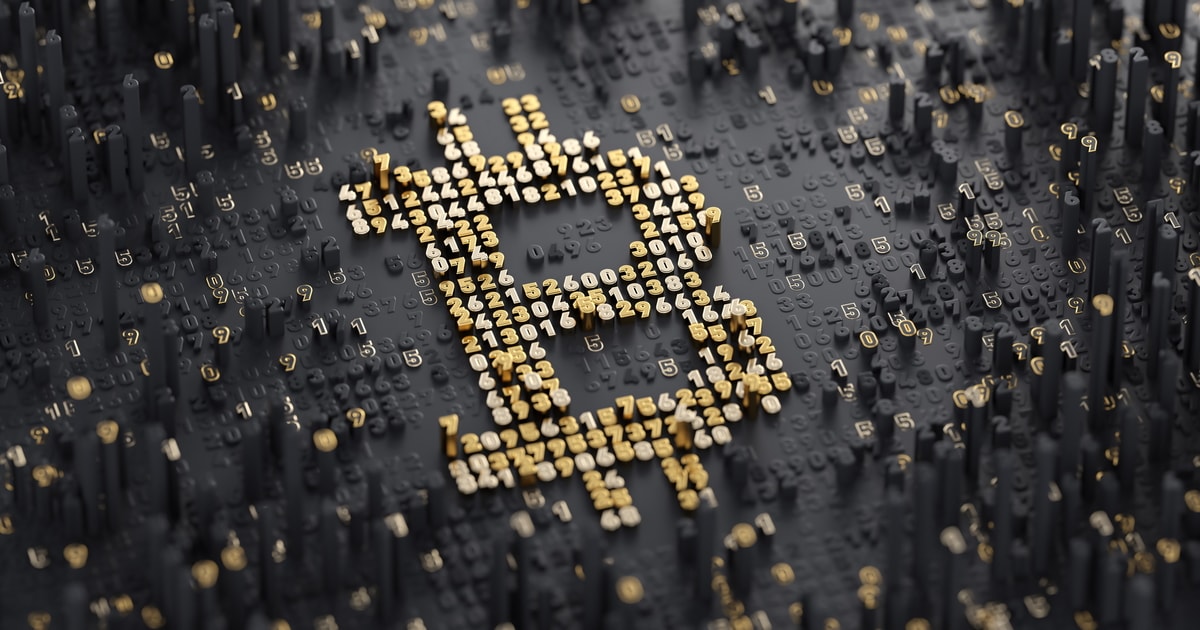 Nevertheless, November was a good month for Bitcoin miners because they cashed in a whopping $1.68 billion. On-chain analyst Dylan LeClair confirmed: 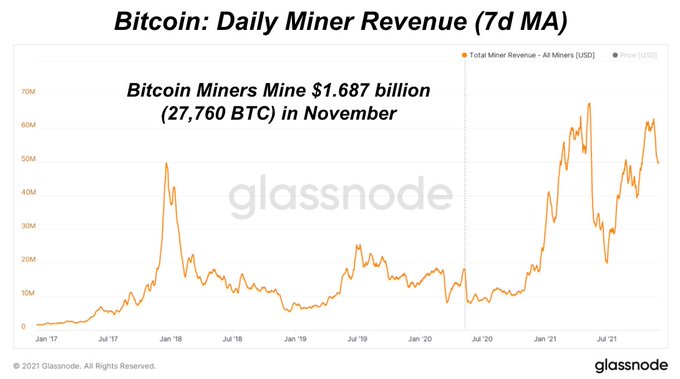 A trend change has also been experienced since 2020 because BTC miners have transformed into hodlers and buyers. For instance, crypto mining company Bitfarms is holding 96% of Bitcoin generated in 2021. The firm acknowledged:

This behavioural change might have been prompted by unprecedented factors like crypto mining being unwelcome on Chinese soil since May.

Bitcoin faces notable resistance between the $60K and $62K level

Even if this level is broken, Bitcoin still faces resistance just below $63,000 because 423,000 BTC were acquired, and this might act as a major point for sellers before new highs are aimed, IntoTheBlock said.

On the other hand, the Fear and Greed Indicator is still showing high levels of fear for Bitcoin in the 3-day time frame, according to market analyst Matthew Hyland. 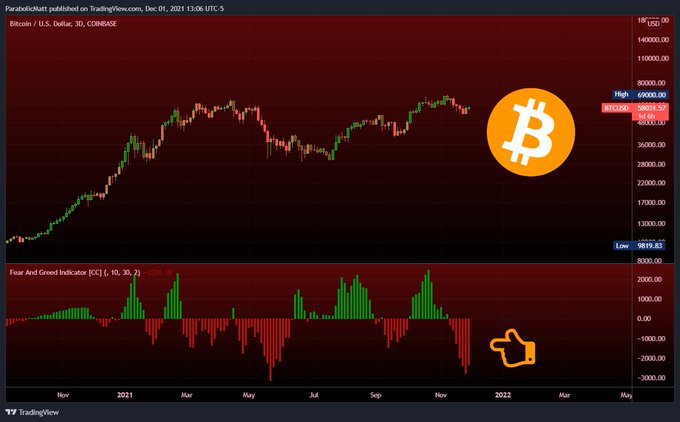 This can be acknowledged by the fact that Bitcoin supply held by entities with one to ten BTC recently reached historic highs of 1,649,369 BTC.