Bitcoin Hashrate Has Almost Completely Recovered after Dropped by 93%

After experiencing a rocky weekend where lows of $42K were hit, Bitcoin (BTC) has back above the psychological price of $50,000. The leading cryptocurrency was standing around $50,429 during intraday trading, according to CoinMarketCap. 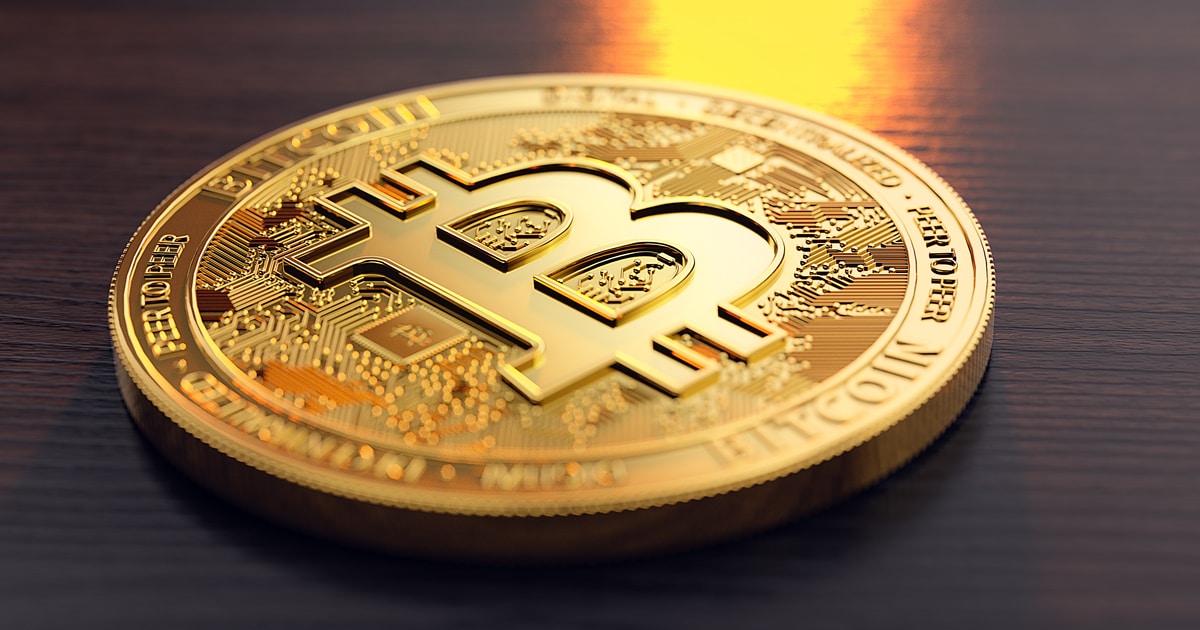 Both ups and downs have characterized Bitcoin’s twelve-year journey, given that it has at times been pushed against the wall. Bitcoin’s hashrate has dropped by more than 50% following China’s sudden crackdown on mining in the second quarter of this year. As a result, BTC miners has no choice but were forced to leave and shut down operations by moving elsewhere.

Nevertheless, crypto-miners have been on the right footing after relocating to other areas like the United States, Kazakhstan, and Iraq because the hashrate has nearly fully recovered based on a 93% surge. On-chain metrics provider Glassnode confirmed:

“Bitcoin hashrate has almost completely recovered, sitting only 4% below the ATH (7-day moving average basis). Network hashrate fell by over 50% in May following China’s ban on Bitcoin mining. Hashrate has since climbed by 93% from the lows, hitting 172 Exahash/s today.” 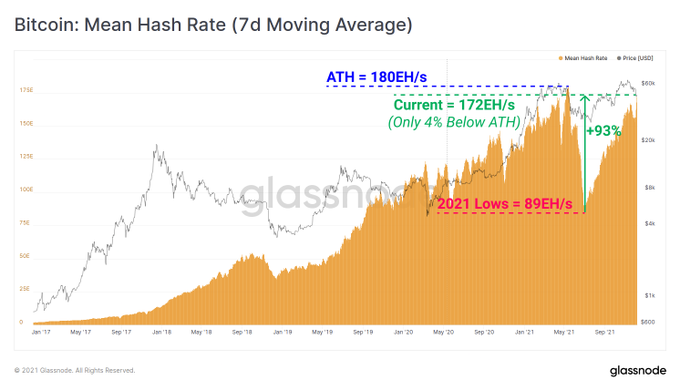 BTC whales take advantage of buying from the dip

Not only did El Salvador take advantage of the recent dip, purchasing 150 more Bitcoins, but also whale traders because their accumulation continues to soar. Crypto analytic firm Santiment acknowledged:

“Beginning during the dump to $43.5K, addresses holding 100 to 10K BTC have accumulated 67K more BTC after dumping the same amount before the price drop.” 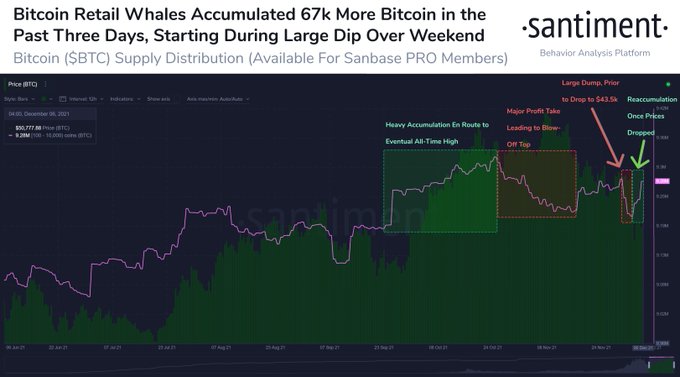 “Following the recent BTC correction, reserves in exchanges have started to drop again As Bitcoin soared to $50K yesterday, whales bought the dip and moved out their holdings from exchanges, likely to cold storage or DeFi applications. 4.42K BTC ($210m) were withdrawn.”