The Switzerland franchise of Spanish banking giant BBVA has added Ethereum trading and custody to its digital currency investment portfolio. 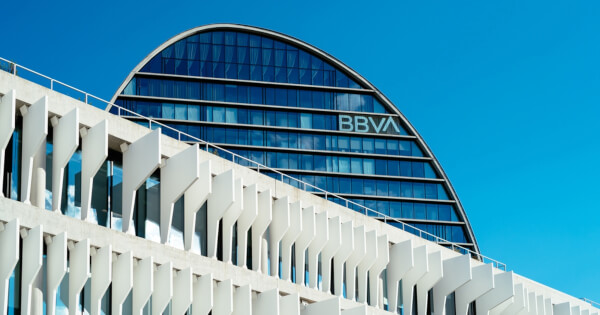 According to an update from the bank, the Ethereum service is open to its private customers with a New Gen Account and will be able to manage both Bitcoin and Ethereum through the account.

The trading of cryptocurrencies will be managed through the BBVA app from which customers can manage both digital currencies and traditional investments at the same time. While BBVA floated the Bitcoin trading service back in June this year, it currently ranks as the first financial institution to incorporate Ethereum into its services.

“We decided to add ether to our crypto asset ‘wallet’ because, together with bitcoin, they are the protocols that spark the most interest among investors, while also offering all the guarantees to comply with regulation,” said Alfonso Gómez, the Chief Executive Officer of BBVA Switzerland.

Since the bank launched its crypto custody services earlier this year, it has gained a lot of patronage from its private banking customers, and the Ethereum integration helps the bank to complete its pioneering offering in the fast-growing world of digital currencies.

BBVA said it intends to expand its crypto services but noted it would look into regions that have established laws governing the digital currency ecosystem the way Switzerland does.

“The goal of BBVA Switzerland is to continue expanding the portfolio of digital assets in the coming months. With this innovative offer, BBVA has positioned itself as a leading bank in the adoption of blockchain technology, thus making it easier for its customers to invest in this new digital world,” the announcement reads.

BBVA has been at the forefront of blockchain innovation and development with the firm launching a cryptocurrency wallet integration feature with a digital investment account back in September this year.

Other multinational banks are also pushing for plans to join the blockchain bandwagon with outfits such as JPMorgan, Citibank, BNP Paribas, and Actinver going live on the CLS blockchain bilateral payments netting platform last year.