A Fundamental Analysis on Ripple (XRP)

Ripple (XRP/USD) is the best of both worlds. It was established by Ripple Labs in 2012 as a cheaper and faster means of payment compared to traditional platforms like SWIFT and digital currencies.

Transactions are confirmed by a small number of servers owned by banks through a consensual mechanism. This method is unlike the proof-of-stake mechanism used in Bitcoin and other digital assets. 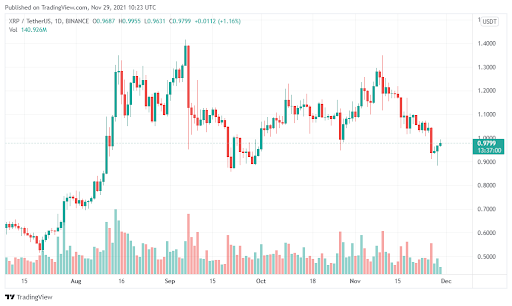 XRP has a total supply of 100 billion, with only a little above 47 billion in circulation. The current market capitalisation of XRP hovers above $ 46.5 billion.

In the United States, XRP has been delisted from many exchange platforms due to the lawsuit filed against them by the Securities and Exchange Commission in December 2020. American IP addresses and traders from the United States face restrictions and trading limits on the platform.

Resolving the lawsuit against them by the US SEC could potentially cause a surge in prices again.

Anchor Protocol price prediction as TVL crawls back to $20 billion

Litecoin (LTC) remains firmly in the bear market despite recent gains – Should you still buy it?